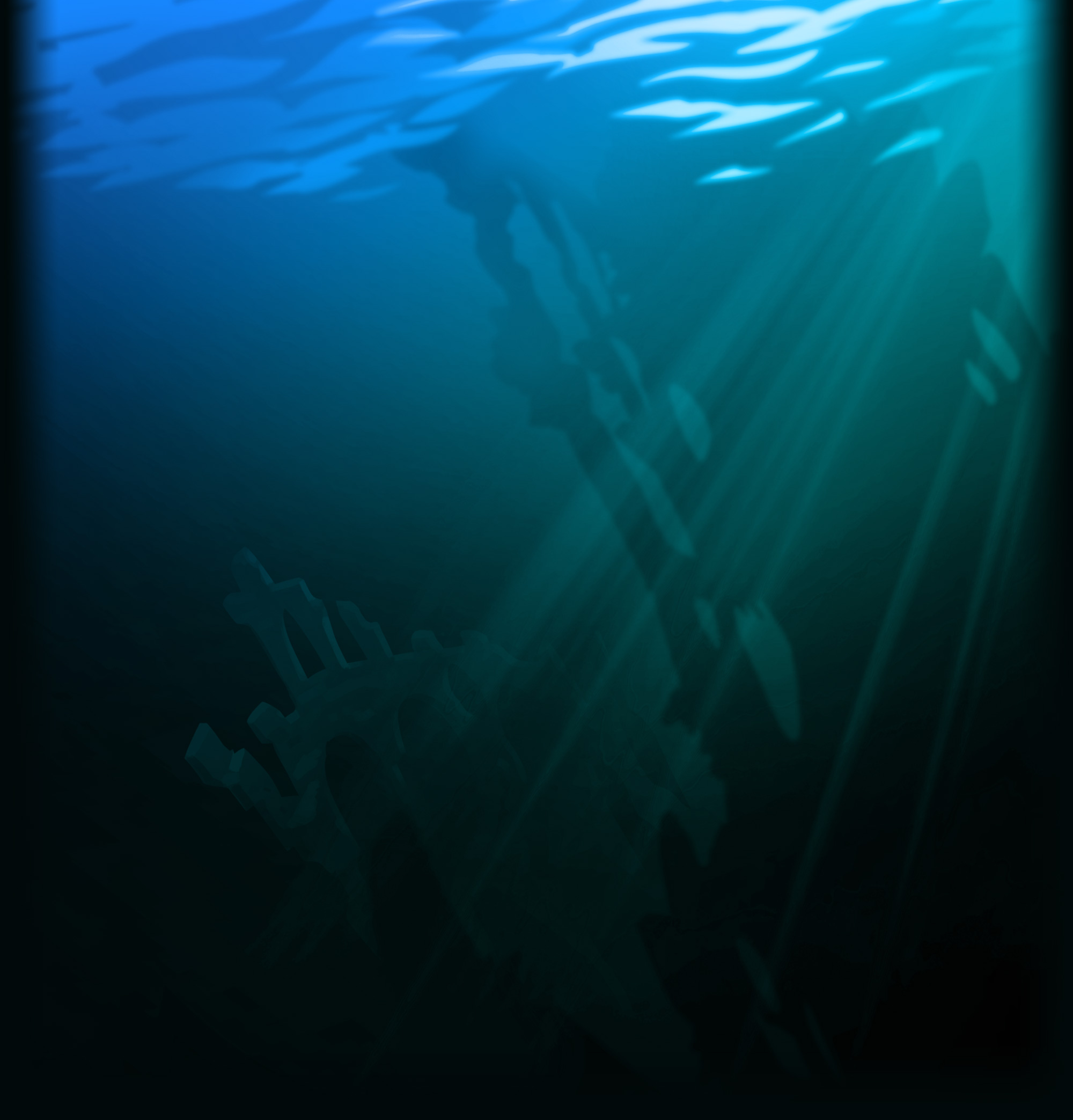 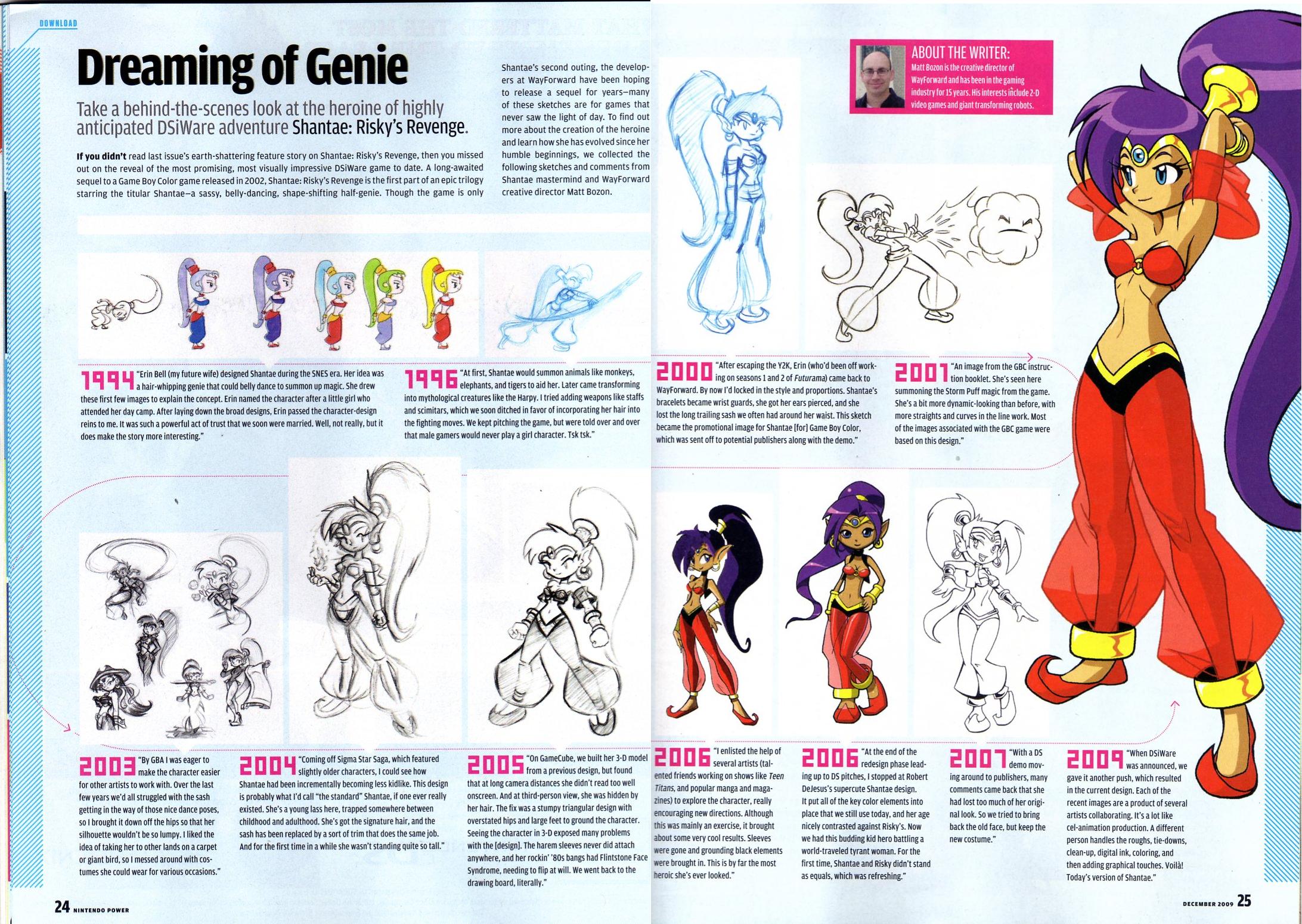 So apparently I been receiving a lot of responses to have shantae showcase her red attire throughout the entire years. This was a huge refresh course but there is one thing that bothered me the most. It is his 2004 response.

Aside from this, I wanted to know if the red bedlah should be considered a column of it's own or should join in the ranks with the other attires?

It is an interesting evolution.....it's just.........the interview speeches he made threw me off completely!

I think it should be in a column of it’s own. If his her iconic outfit after all. Also, I don’t understand what the 2004 meant. How is she becoming less lady like when only a few things change in her outfit with each game?

Yeah that is what bothers me. I am starting to raise suspicion that matt is not clear in terms

Of keeping up a lore or storytelling at all

I already made a section of her own red attire but without those sleeves its just. Well its hard to get used to the new shantae. Now that i look back at her previous games.

But what i mean in 2004 is that he actually mention the age of shantae being in her teens. This age thing has becomming such an eye sore that I already remove it due to a stupid twitter comment

I never got to see the left hand page of this article, damn! 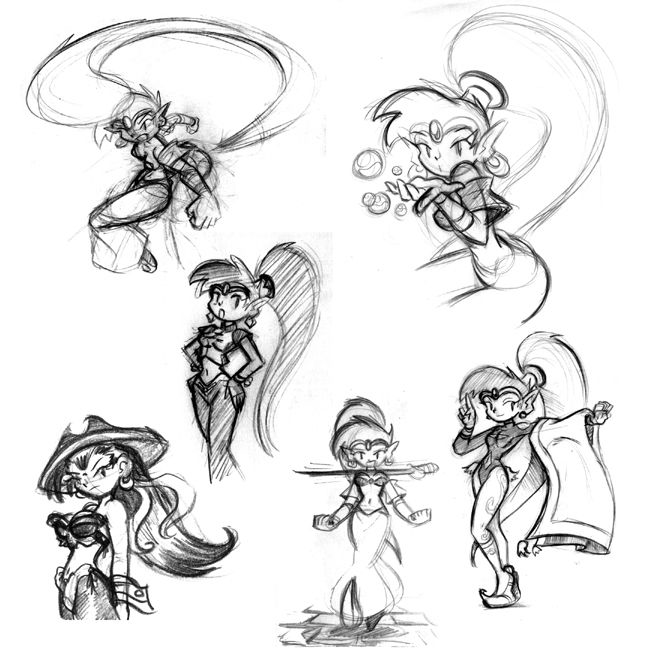 I haven’t been able to stop thinking of the possibilities for cool outfits and costumes after seeing the one in the bottom right and the one top right of Risky. And not just for Shantae either! Makes me want a 3D Shantae remake even more just because of it.

I’ve already rambled on about that on someone’s topic about a 3D Shantae already, so unless you wanna hear my thoughts I’m not gonna bother anyone with it 😅

Also!! In the 2005 section Matt mentioned that they made a GameCube model! Wish we could catch a glimpse of it but its probably gone with the wind by now even after all the changes they made to have it adapt to the camera alterations.

Also, for the Risky Costume article I know it’s a .gif but this is the closest thing to displaying the official sprite to her genie disguise. If you wanted to add this, of course.

Thanks @TunaScroll I do plan on figuring out how to add her later on. Been working extremely hard on so many things to do that it's difficult to put my life together ;_;!....

Even my written statements are not as good as I one was due to conflictions so I apologized if anything doesn't make sense v_v!

@Hachimitsu Don’t worry, it’s all cool. Life’s always gonna get in the way of things so just take your time whenever you can.

What do you think?