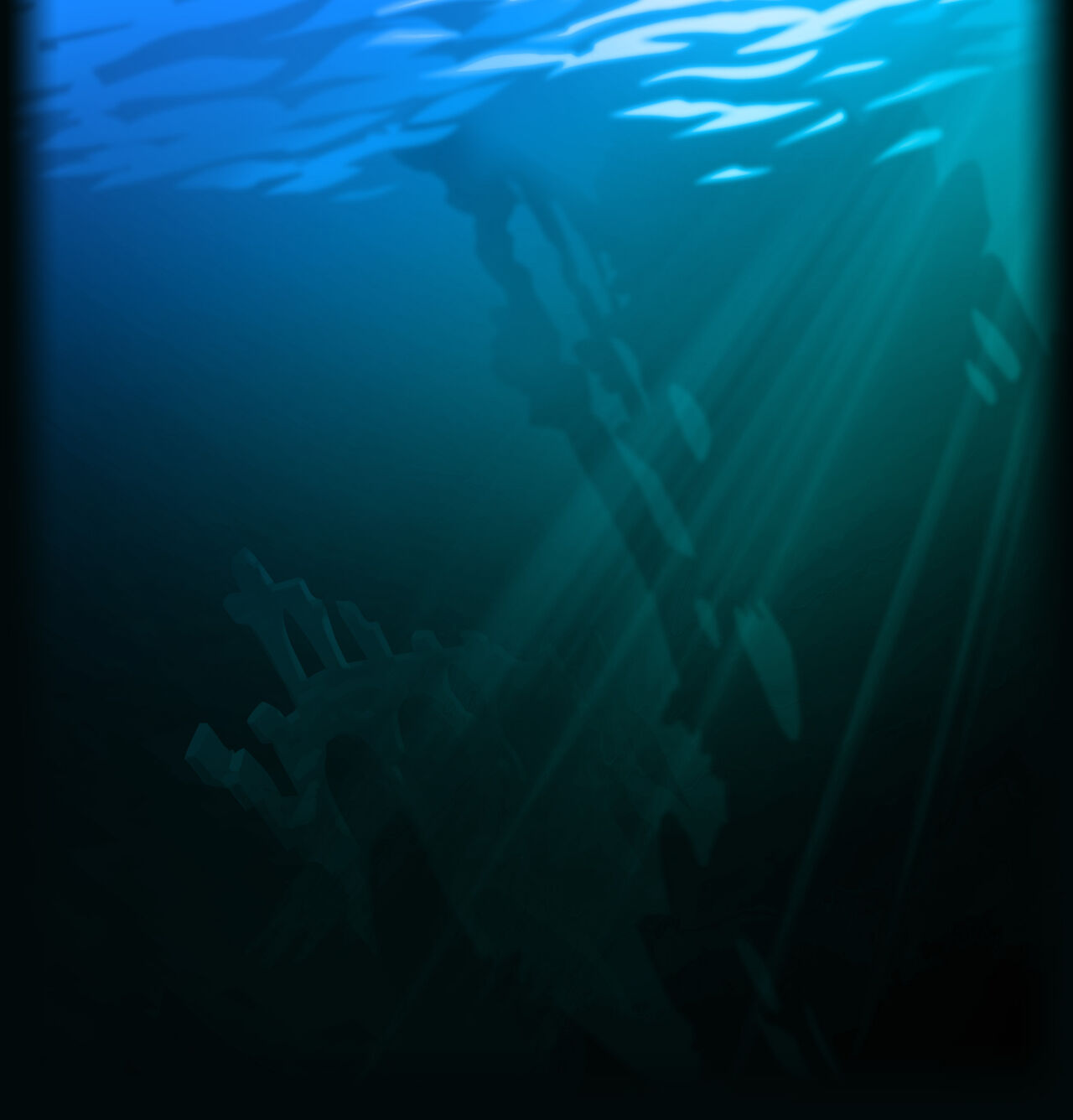 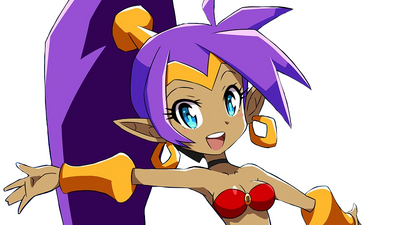 Shantae is the main protagonist of the Shantae series. The half-genie guardian of Scuttle Town, Shantae works tirelessly to thwart the plans of the nefarious lady-pirate, Risky Boots. She was created by Matt Bozon and Erin Bozon. 1 General Information 2 Physical Appearance 3 Personality 4... 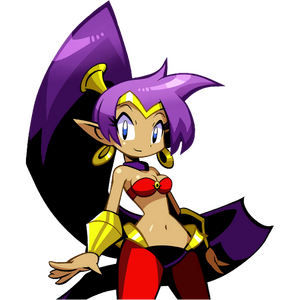 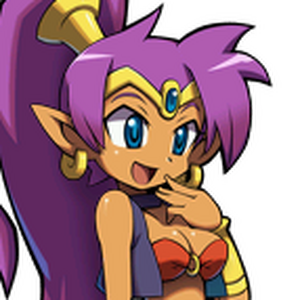 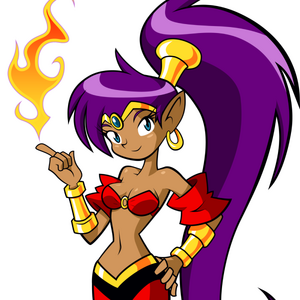 I asked Wayforward (Of Shantae and Ducktales Remastered Fame) To Give Me Recommendations on what Class Shantae Should Be, they Recommend making her a Popstar (Source: https://twitter.com/WayForward/status/1389276505063137282),

I also Ask them If They Have had the chance and thoughts on those impressive shantae Miis they said the haven't had the chance to try, but do Condone Making Shantae

This is gonna be long, just so you know lol

I formed a theory shortly after playing some Shantae. It's not much and the theory just suddenly came to mind, but I think the games may take place somewhere in the distant future. Some of the dialouge in 1/2 Genie Hero and Seven Sirens, coupled with how the environments look kinda makes me feel like these events are happening long after something took place in their world. I know Rotty mentions going on the web in Risky's Revenge, but that was more of a visual gag. Even in their world full of magic they still rely on technology, and there are direct references to somewhat more modern things that we have in those 2 games specifically. In 1/2 Genie Hero near the beginning of the game, Shantae talks about reading comics and eating ice cream, and in the 100% ending Uncle Mimic mentions unearthing something related to a bicycle, which makes me think they were something people already invented but stopped using for whatever reason. In Seven Sirens, part way into the game Sky's "boyfriend" and Squid Baron make a deal with each other, so Sky and Shantae are sold as mint condition toys to Squid Baron. Selling items online, especially things like plushies or action figures is something that's quite common on sites like eBay, but also something people have only been doing fairly recently, and may have been something that carried over from long ago. Again, this isn't much, but still. The reason I feel like the environment gives off this "distant future" vibe is because of 2 things. #1 There aren't very many people around, and a majority of the lifeforms you encounter are very strange looking, some even humanoid but not fully human. The most people we ever really see are in Seven Sirens when people gather in the stadium to see the half genies, but even then it's most likely only a few thousand people at most. The lack of people probably has something to do with the Gaurdian Genies and the Genie Realm having a hugely negative effect on the population, since we don't see a whole lot of humans very often, it may have indicated that something bad happened to a lot of them. #2 Some of the technology and craftsmanship that's on display, like Propeller Town on Pirates Curse, the giant airships that Ammo Baron uses in 1/2GH, or the large underwater passageways that you travel through in Seven Sirens. Some of the technology has this old school steampunk feel, some of it functions with the assistance of magic, and some of it is just extremely advanced technology that we can't utilize at this point in time.

Well, that's all I have. I just thought it would be nice to attempt and expand my knowledge of the Shantae universe by thinking about what time period it's in. I'm probably wrong but it was interesting to think aout anyway

So some months back I threw together a quick test video of the kinds of voices I want the Shantae cast to have in good old Japanese, since I’ve always pondered the possibility of Shantae having a Japanese VA and what that would sound like. However, I never really finished it but I still felt like sharing it real quick just to see what y’all think of my choices. (You can post it to the Shantae Community Discord too so I can get more feedback) 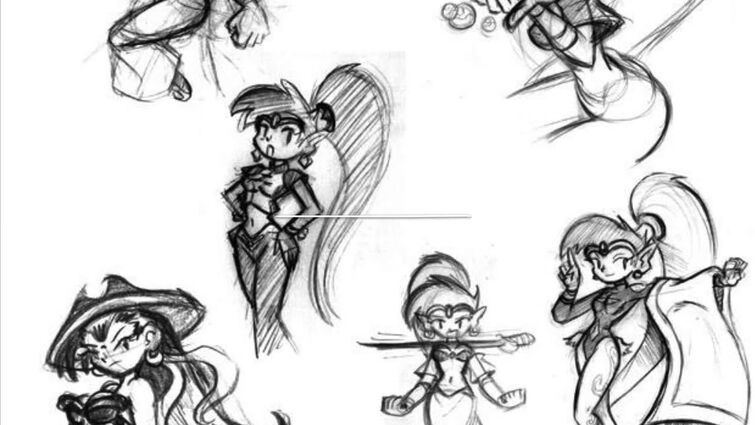 If Shantae Had Japanese Voices (WIP)YouTube

(Sorry I lingered on Sky’s part a tad too long.

Also, for Rotty’s JP voice I do like the personality of that voice type, just maybe go a semi-tone or two lower but keep within the high ranges.)

I hope to maybe finish this soon, but while I found Squid Baron, Ammo Baron’s, and Mimic’s voice with ease, finding Bolo’s voice is really hard to find a voice I can settle on, even when a lot of the guy voices sound so similar lol

Hope to make an English version of my picks since I’ve also made a list to keep track of my final decisions as well as new candidates that I (un)intentionally come across.

I’m curious if any of you have thought of any particular voices they’d have. It doesn’t have to be Japanese or English either. It could be Spanish, French, German, or whatever language you’d prefer to conduct your research with. I just want to create some friendly discussion amongst the community since the question of a Shantae cartoon/anime has always been juggled around. 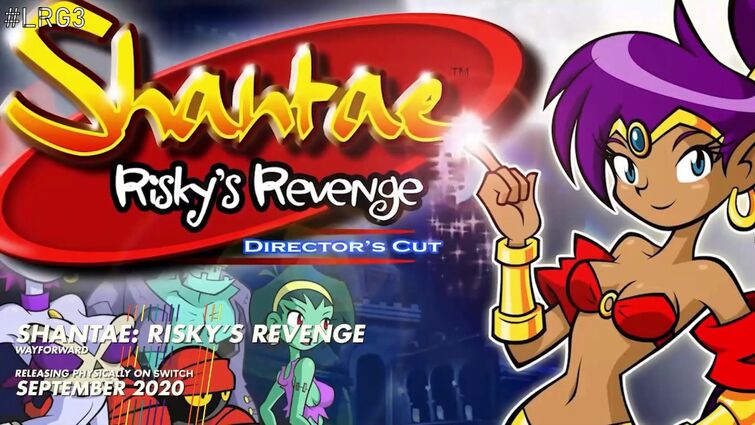 The article for Pirate Master states that he has 100,000 HP, and the super monster milk are useless because they do not further boost Shantae’s attack.

As seen in, https://youtu.be/C2GWahnecfM ,This is actually untrue, as the 999 damage of Shantae’s attack is a lie. She still deals the same damage, and super monster milk still applies the same damage buff. Likewise, The Pirate Master actually has a rather small HP pool, likely 1,000 HP just like the previous phases. 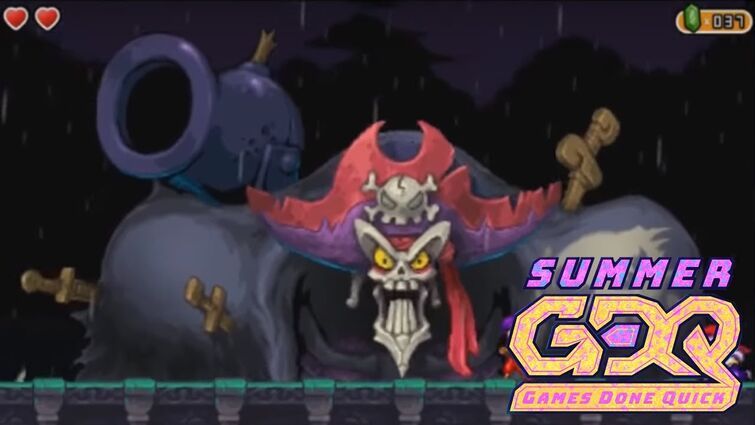 ShantaeShantae and the Pirate's Curse 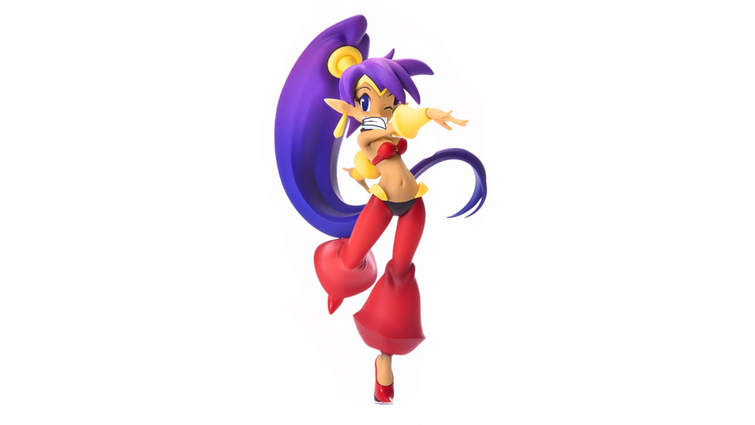 Mine is so bad, because in Robot Chicken Shantae was tell eveyone that the magic potion were human flesh, and cause a fight at sequin land because of Mayor, for a full version is here

So I have been playing Shantae half ginie hero (already finished the main story) and started playing beach mode, I'm quite suck at the game not gonna lie and I seems can not defeat hypno Baron.

Now take care squid Barron is no problem to me but when I take hypno berron it's seems a lot harder, it's quiet difficult for me to predict his moved if he or the flame didn't kill me it's the heat that make it a lot harder.

Anyway I wanted to ask dose anyone have an idia defeat this guy? ?

You can play the game in full now on Apple Arcade. It will release later on Consoles on the 28th of May. Just letting you know.

(edited by Ethan Tobias)
ShantaeShantae and the Seven SirensSeven Sirens 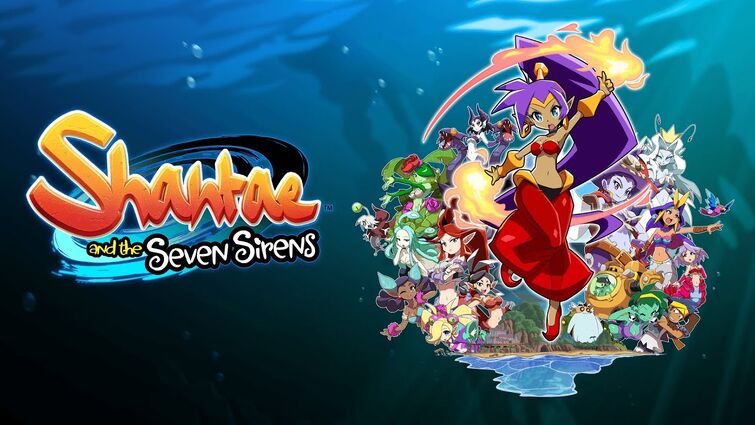 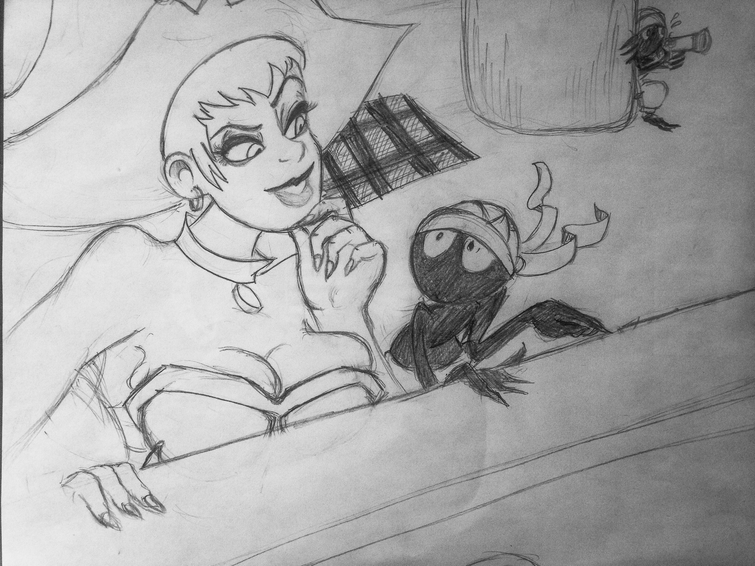 Wish I had cleaned up my lines better, which is funny cause sometimes I’d clean up some of the works I was proud of. All I remember was being in a “The Thief & the Cobbler” sort of mood and wanted to make a faux movie still shot of a ‘Richard Williams styled’ Risky Boots.

Anything think an animated TV series based on Shantae would be great? Tell me your ideas. Who should voice who? What could happen? Any plot suggestions? What do you think?

Which game in this series would you call the absolute best? Mine is Shantae and the pirate curse

Hello. I am BlueLegend1991. I'm new to this wiki, but I am also a new Shantae fan. I became a Shantae fan a few weeks ago. I am also interested in Sonic The Hedgehog, Avatar The Last Airbender and Vocaloid. I hope we can be good friends :) 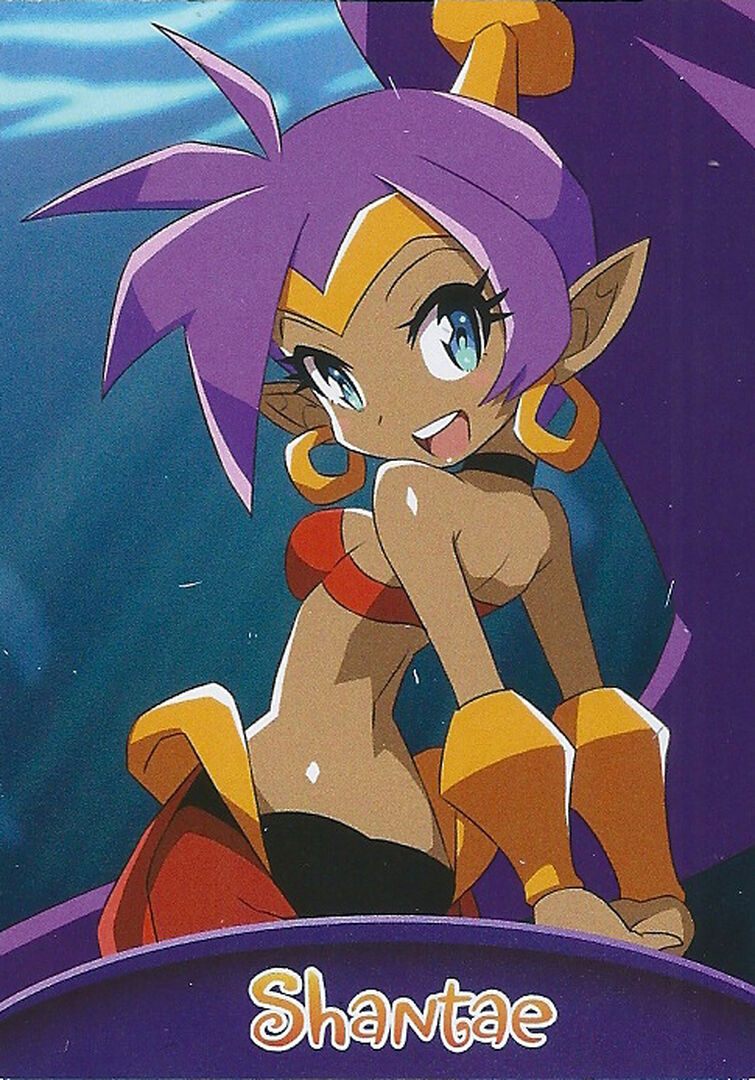 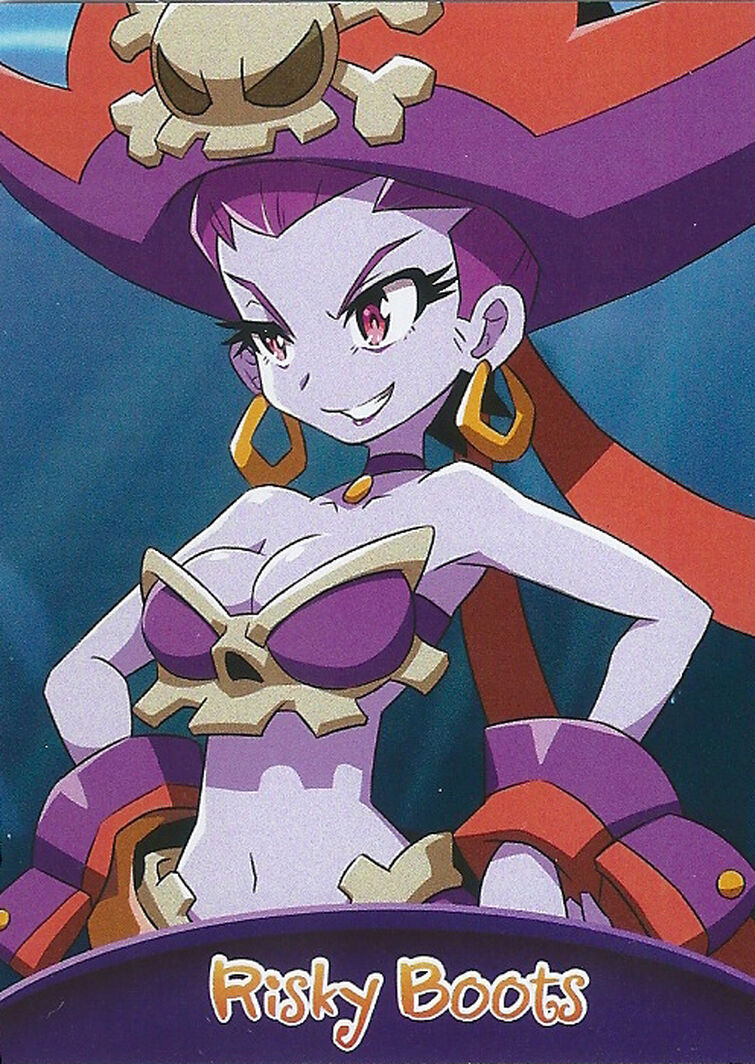 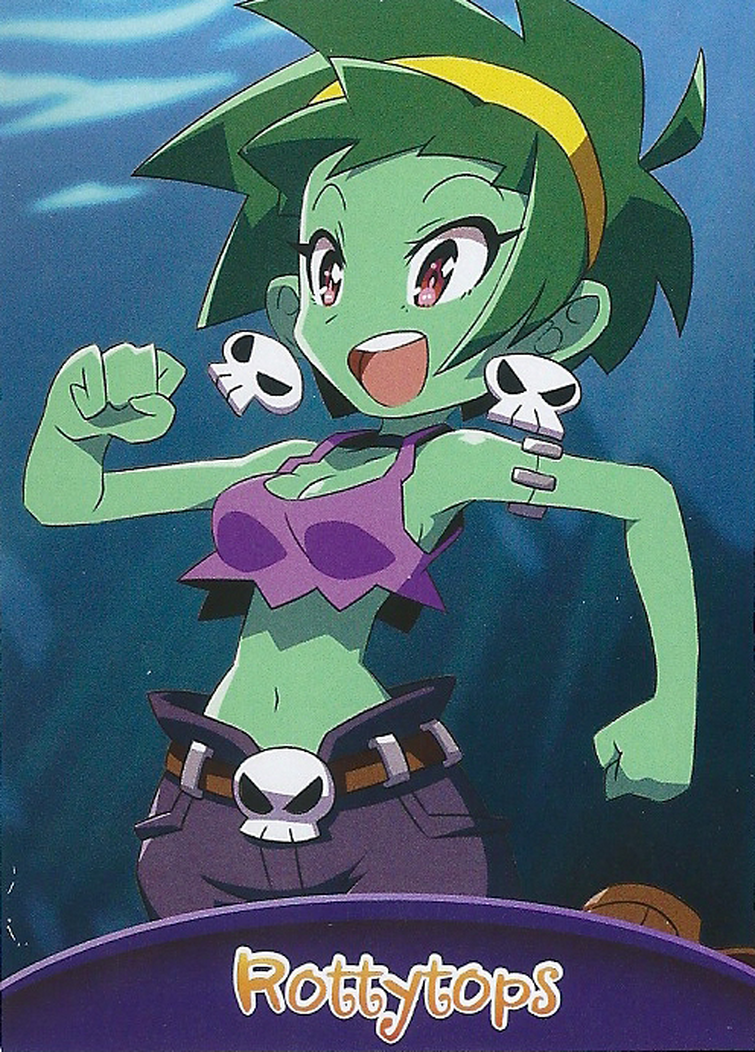 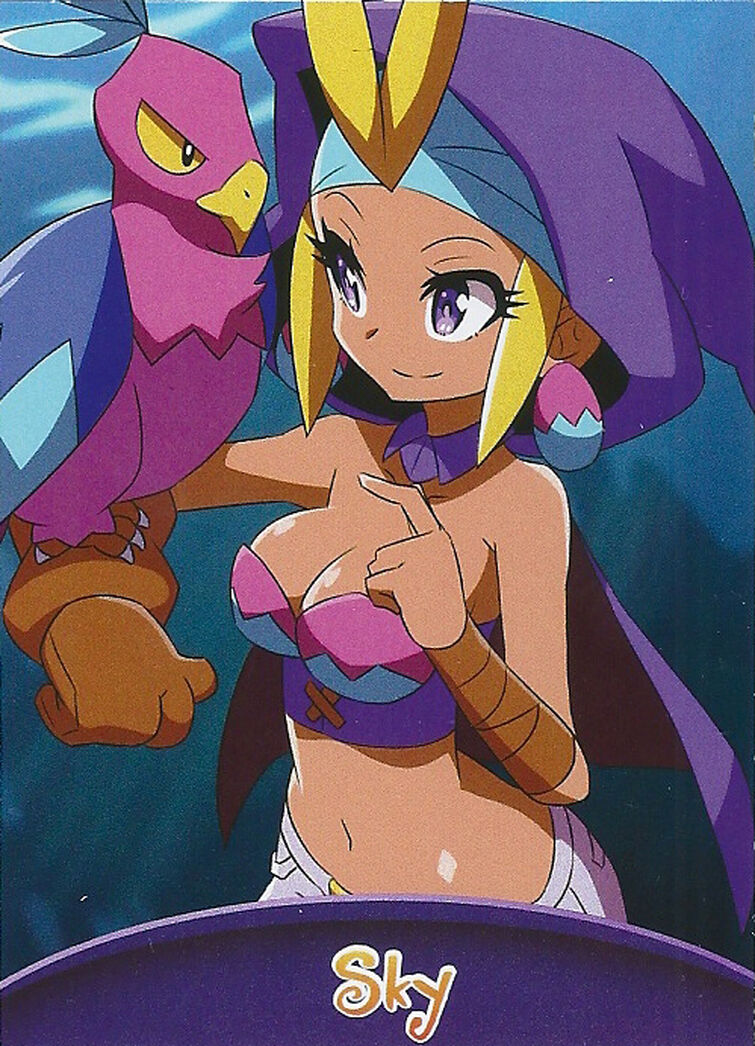 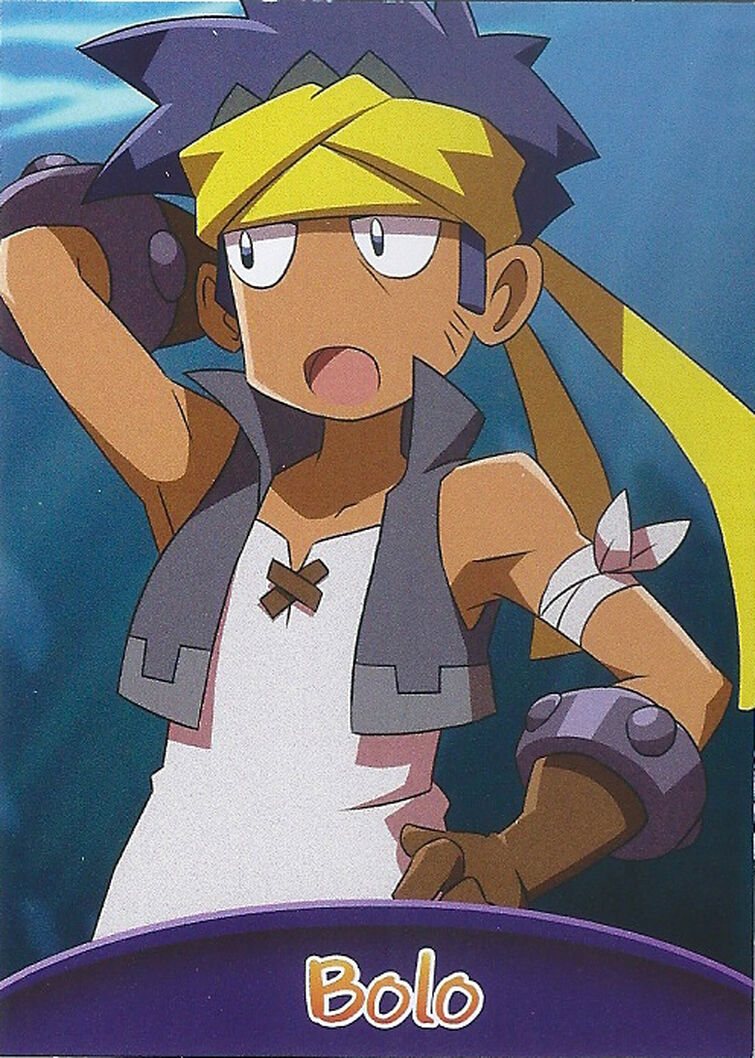 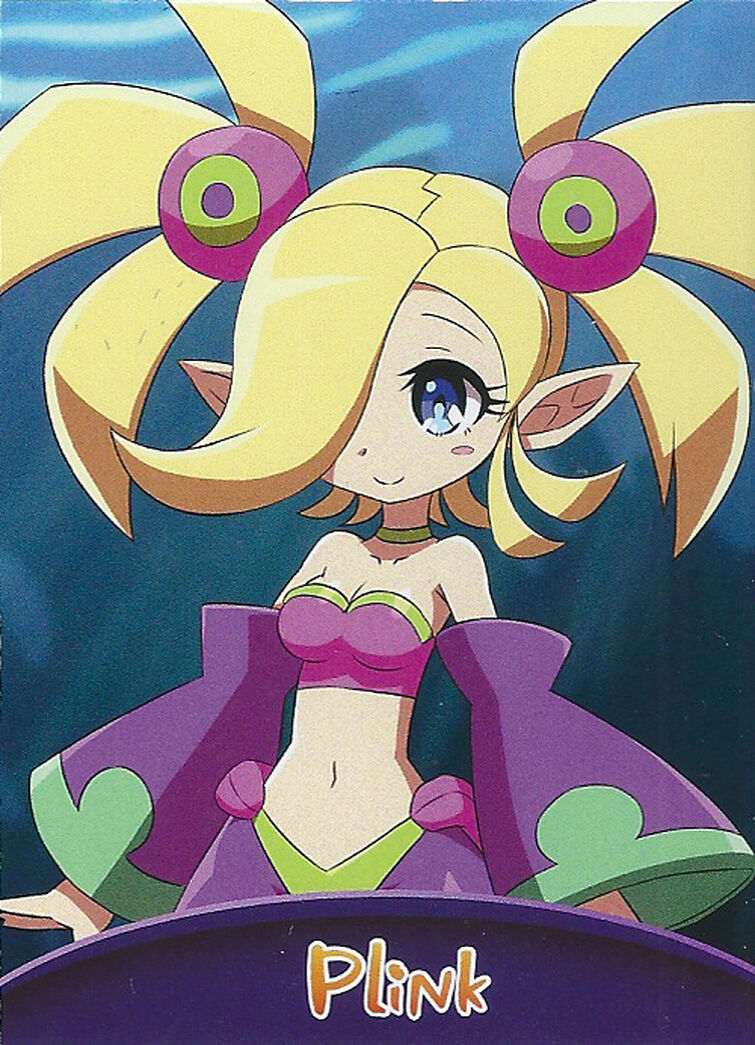 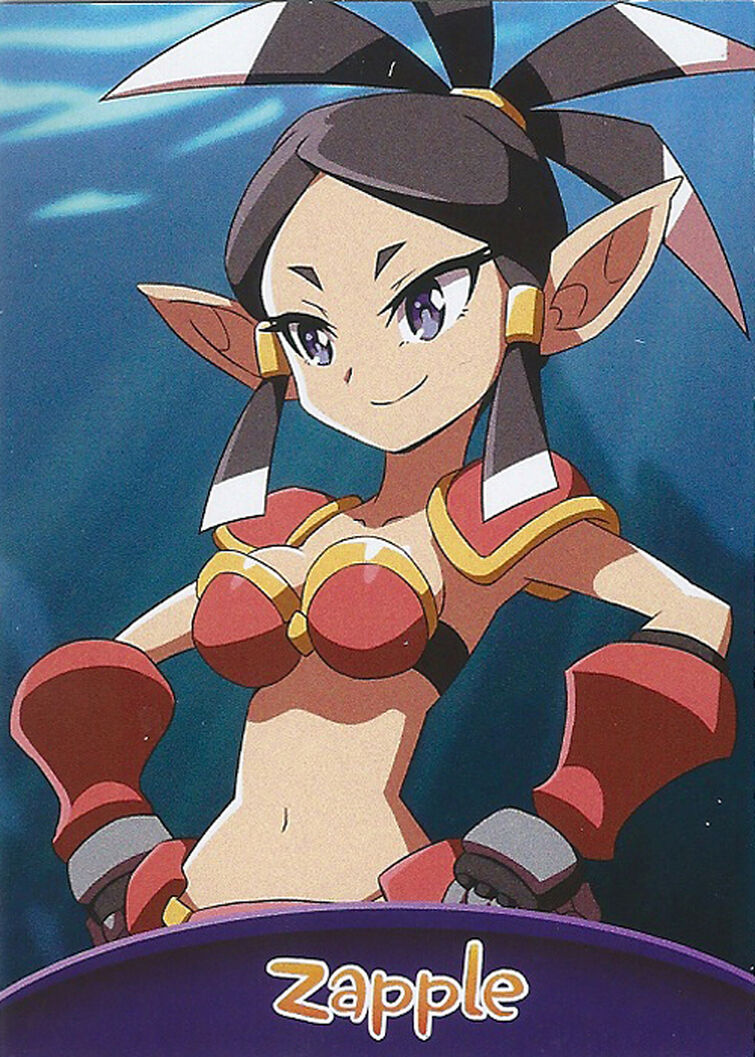 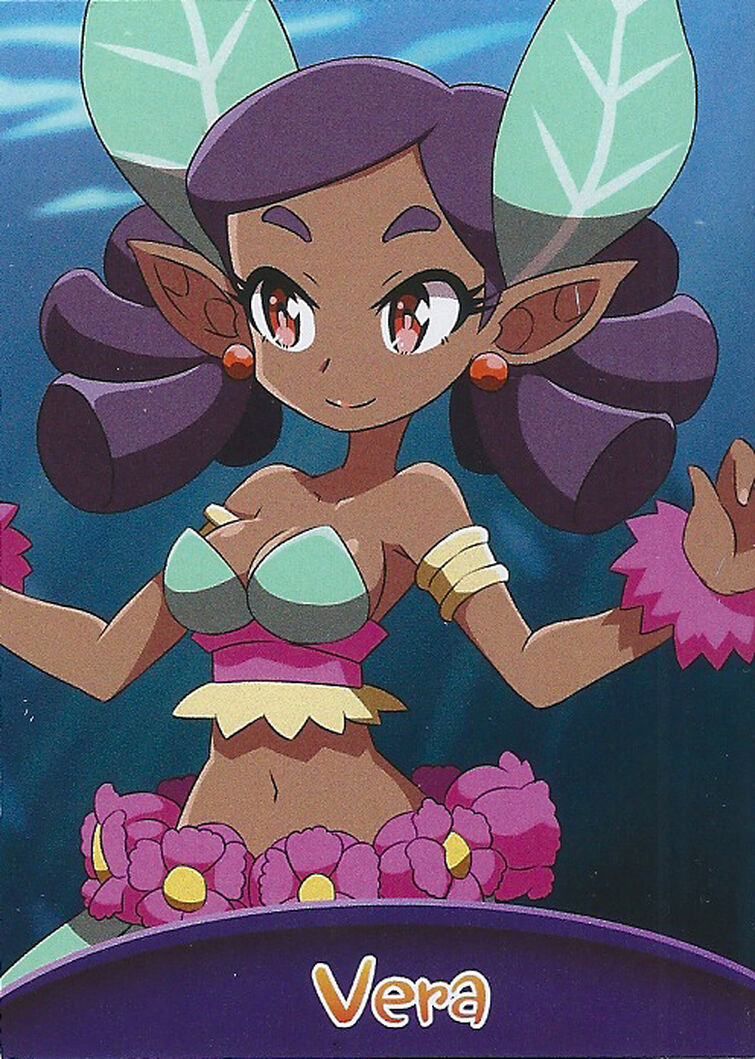 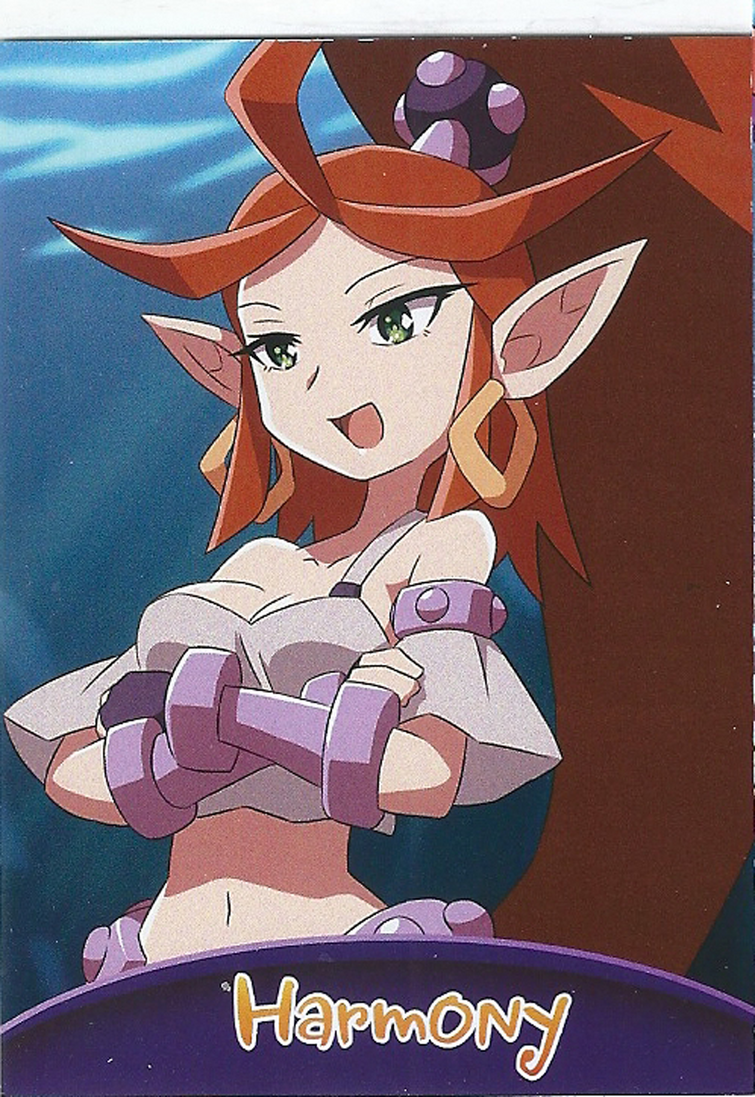 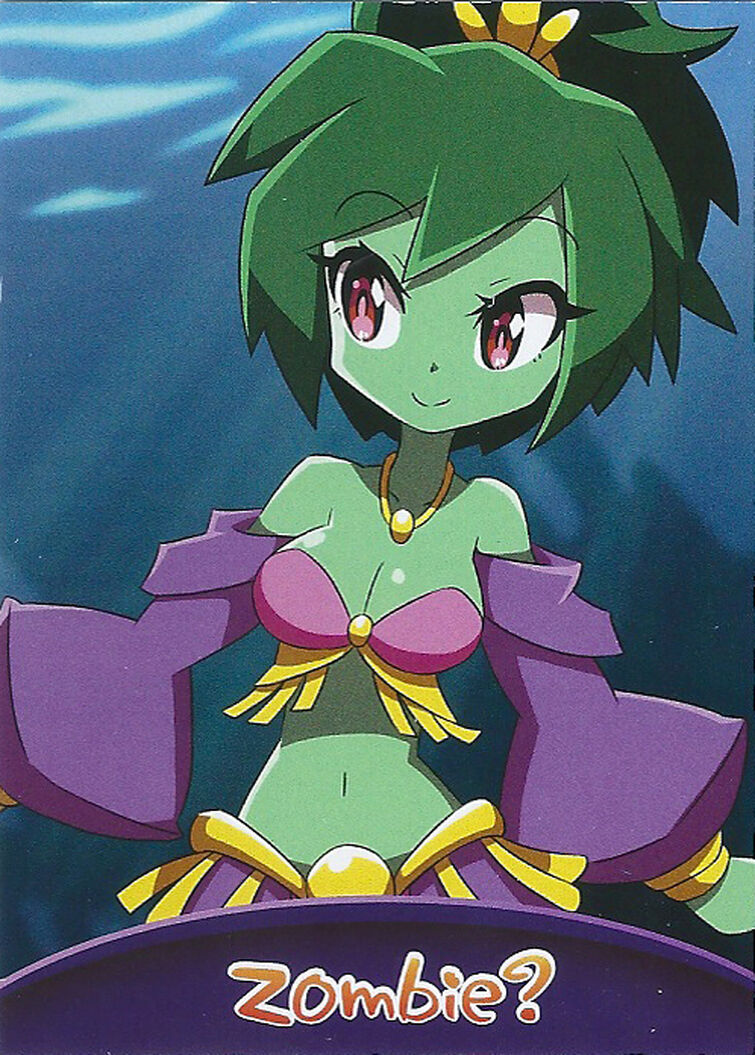 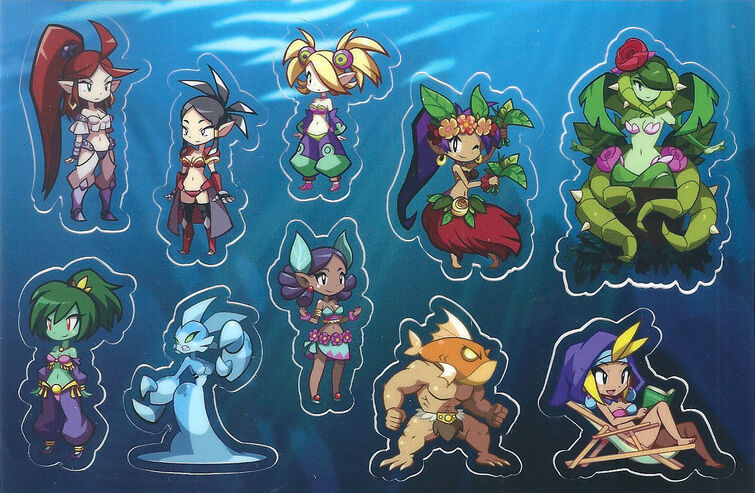 Please Note I Didn't go to The Expo, I got these after Winning the Autograph Auction. (sorry to those who were bidding)

Me: plays one of the games in the franchise

Me: this is the best franchise ever

The wiki page Shantae and the Seven Sirens ( 5hantae) Is now unlocked! please note some of the pages are still in work in progress but I hope if you have any more info you would like to share.. please let us know as soon as possible..... thank you! 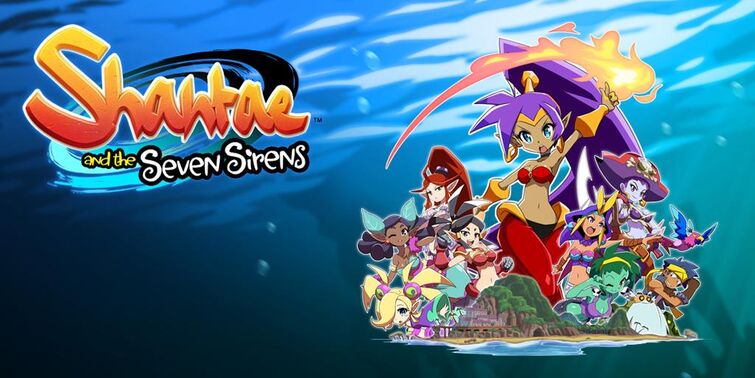 Me: I like this game lets see the fandom. 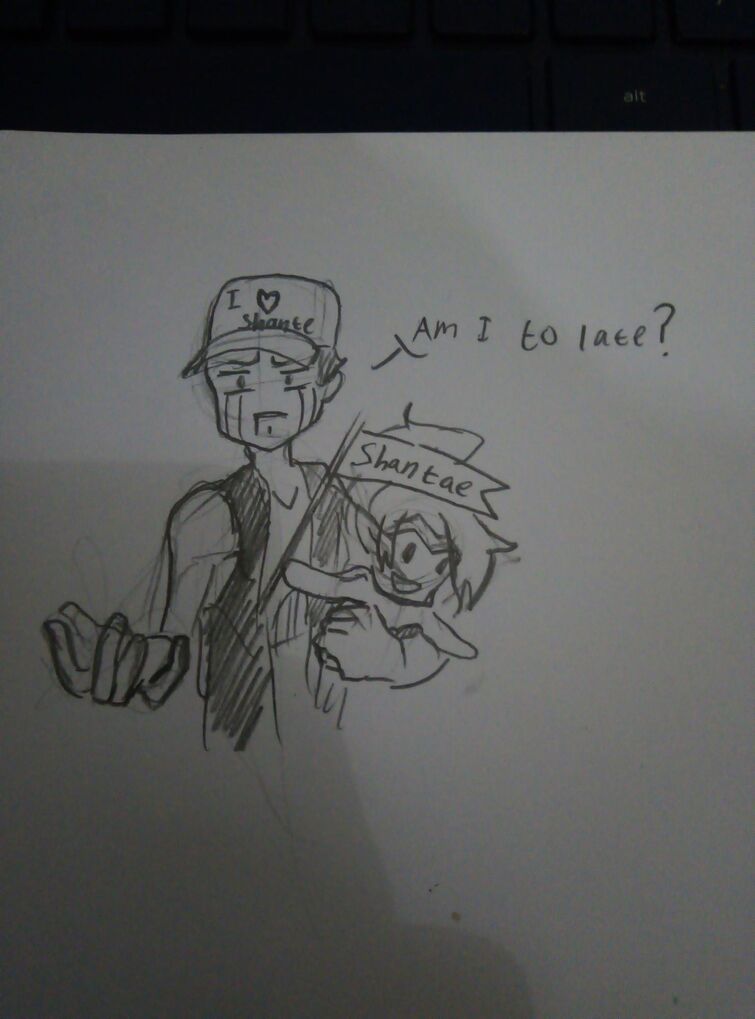 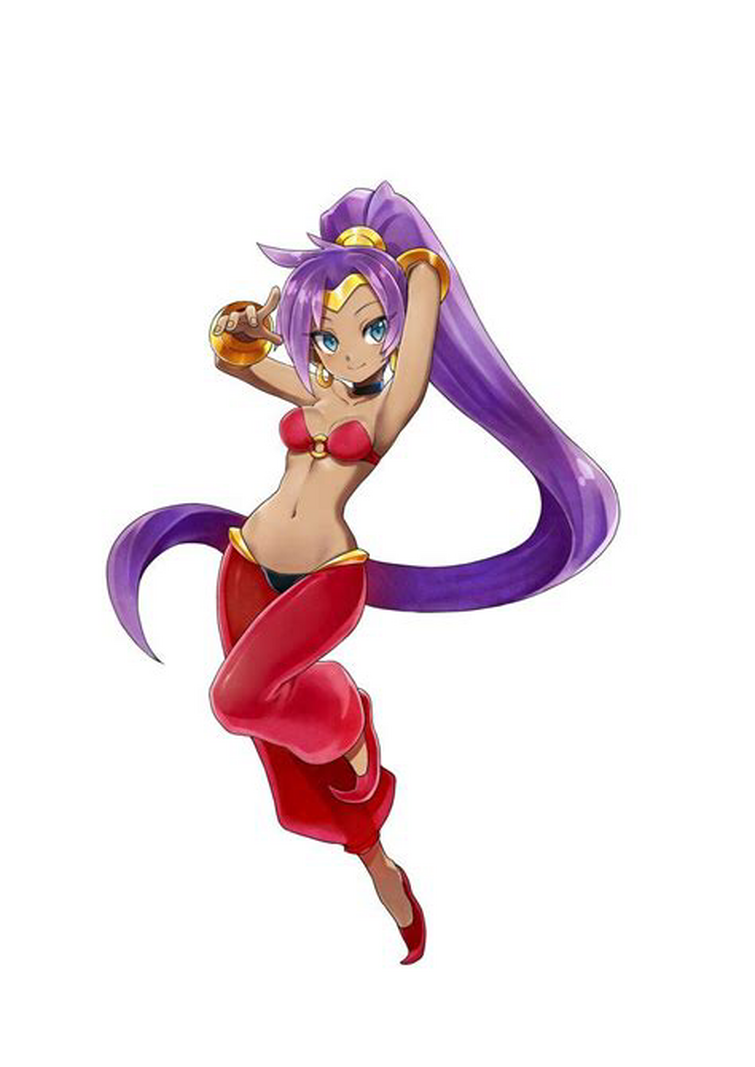 being a fan of the Shantae series, It makes me wonder what in the holy mother of Bolo's stupid brain was Matt Bozon thinking?!

Not to mention, if Risky saw that Shantae looks like a tinkerbat, than she knows that something is completely wrong!

Now I know you can get the form if you play Shantae on the GBA (or access Debug Mode on the GBC), but why??? There is no point on the Tinkerbat form when all that does is transform you into one of Risky Boots' minions.