Shantae Wiki
Register
Don't have an account?
Sign In
Advertisement
in: Fusion Dances, Shantae and the Seven Sirens

Fusion Magic is a type of magic first introduced in Shantae and the Seven Sirens, replacing the original forms. There are two forms of Fusion Magic: Fusion Forms, which give Shantae instant transformations, and Fusion Dances, which affect the environment around her.

Shantae gains the power of Fusion Forms after she is given Fusion Coins by her fellow Half-Genies and Rottytops. These artifacts allow her to transform instantly, without needing to dance. They are all based on rare creatures inhabiting Paradise Island.

Shantae obtains Fusion Dances after using Fusion Stones to borrow the magic of the other four Half-Genies. These dances have a wide range of environment-affecting powers. 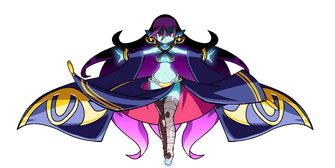 The Seer Dance is the first dance obtained by Shantae when her magic is combined with Plink's through the use of a Fusion Stone, which she receives as a reward from the head scientist of the Metal Fish crew. This dance allows Shantae to seek out hidden pathways and items, and it reveals invisible enemies. 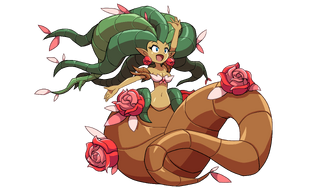 The Refresh Dance is the second dance obtained by Shantae when combining her magic with Vera's upon returning her Lucky Amulet, which contains a Fusion Stone. This dance revitalizes plants, people, and undead enemies. It also allows Shantae to heal at any time. 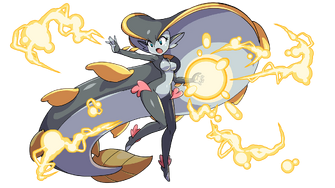 When Shantae collects the Ghost Elder's Fusion Stone and combines her magic with Zapple, she gains the Spark Dance. This dance powers machines and attacks enemies with a barrage of electricity. She resembles an electric eel in this form. 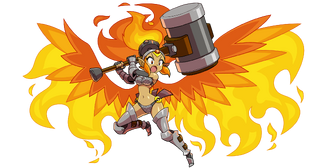 When Shantae collects the Ghost Genie's Fusion Stone and combines her magic with Harmony, she gains the Quake Dance. This dance creates an earthquake around Shantae, which can open blocked pathways, reveal hidden statues, unearth treasure, and deal massive damage to enemies.