Seven Sirens
The Lobster Siren is a minor character making her first appearance in Shantae and the Seven Sirens. Her design is nearly human, but she has a lobster tail coming out of the rear as well as lobster antennae. She is the only member of the Seven Sirens who doesn't fight Shantae.

Initially, she helped the other Sirens by using her teleportation magic to kidnap the Half-Genies during the festival. However, she had a change of heart and defected at some point. While her exact turning point isn't clear, she frees Shantae and Sky from the Squid Baron's collection before Shantae ventures into The Boiler.

The Lobster Siren's turnaround is cemented after Risky Boots steals the Flying Fortress. She shows herself to Shantae and friends, explains her involvement with the initial kidnappings, then creates a Warp Pad to allow Shantae access to the fortress in order to take down the Empress Siren once and for all.

The Lobster Siren's Monster Card reduces the prices in Item Shops by 20% when equipped. 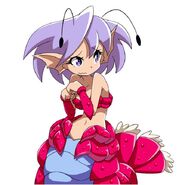 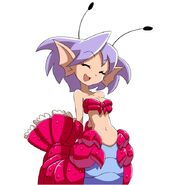 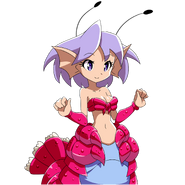