Shantae and the Seven Sirens (formerly known as Shantae 5) is the fifth installment of the series. The first part of the game was released for Apple Arcade on September 19, 2019. The full game will be released on several platforms on May 28, 2020.

Shantae and the Seven Sirens finds Shantae and her friends on vacation at Paradise Island, where they encounter other Half-Genies, and Shantae is invited to the Half-Genie Festival. However, she soon discovers that things are not as they seem as the other Half-Genies are kidnapped. It is left to Shantae to explore the ancient Sunken City and overcome its treacherous labyrinths to rescue the other Half-Genies and find out they were abducted. Along the way, she discovers new dance abilities and instant-transformation Fusion Magic, and battles the mysterious rulers of the Sunken City, the Seven Sirens.

The game returns to the nonlinear style of the first three entries in the series, following Shantae as she explores an interconnected world with multiple towns and dungeons.

As Shantae rescues the other Half-Genies, she will receive Fusion Coins, allowing her to transform instantly into new forms without dancing. Shantae also gains new Fusion Dances with different environment-affecting abilities.

Shantae and the Seven Sirens Logo 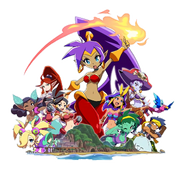 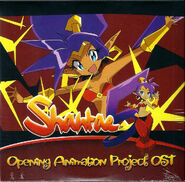 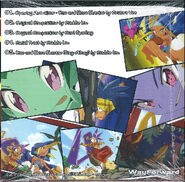 Water Lily Siren
Add a photo to this gallery

Retrieved from "https://shantae.fandom.com/wiki/Shantae_and_the_Seven_Sirens?oldid=21741"
Community content is available under CC-BY-SA unless otherwise noted.