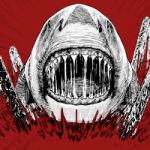 Welcome to this unnecessary usage of the tabber template!

I am a freelance web designer who likes arts and crafts and cats and videogames. I recently got back into drawing. I have a tumblr and, additionally another tumblr. Also I have designed some shirts you might like if you are the same type of geek as I am. If you would like to know how truly strange I am you could read my dream jounal blog. I do not recommend it, however.

I've been a fan of Shantae since I first played the original on my Gameboy Advance. It was a throwback to old NES platform adventure games, but more than that, it was fun and original all on its own, with cute characters and a goofy but interesting storyline. I was really excited to hear news of a sequel, and when Risky's Revenge finally arrived I bought a DSi just to play it.

I want more Shantae games, which is partially why I took the reins of this wiki (which was abandoned and, aside from some character bios, pretty empty when I found it) and am working to make it more complete. The more Shantae stuff is out there, the more people will be aware - sorta like volunteer marketing for the franchise. Also I just really like working on Wikis. It's fun, and I like the idea that I'm contributing to a vast array of wikis that already exist. I think there should be a decent wiki on every topic imaginable. I'm sure some day there will be.

Could use some help with this wiki though. Please drop me a line if you're interested.

When I started working on this wiki, I used graphics I found (particularly sprites and screenshots) willy nilly without acknowledging where I grabbed them from. Some (such as all those maps) I even gathered years ago to make a Shantae fan site and have no recollection of where I got them. I intend to rectify this going forward by giving credit on the file info for each new image.

I want give credit to DEngel and Roto Arel for writing excellent FAQs. I don't intend to use them as a primary source for the relevant sections, or even in general when playing the games, but if I can't find a particular Warp Squid or Magic Jam while researching for this wiki, it will be from their FAQs that I enlighten myself. For this reason I've added them as references on the Items pages.

There's a tonne of Shantae fan art out there, which I think it indicative of the appeal of the characters. I've got plans to put fan art galleries up for all the characters, and have uploaded images for it, but haven't had the time to have all the images link to their creator's deviantArt profiles or get permission from the creators. Something I'll be working on after other aspects of the wiki are satisfactory...

I've stolen ideas from several wikis here on Wikia, and will continue to do so. Thanks to the Dragon Age wiki and other gaming wikis in general for giving me ideas on how to present things and making me aware of Wikia features I didn't know existed.

Also thanks to Matt Bozon and WayForward Technologies for making these (and other) great games. While it may not be their goal, they are helping to keep 2D gaming alive by making great spritey platformers and I'm really glad they're around doing that.

I jus done tole you... *sigh*. Nevermind. Whatever.

Retrieved from "https://shantae.fandom.com/wiki/User:Selachimorpha?oldid=10973"
Community content is available under CC-BY-SA unless otherwise noted.