The Wii U is an eighth generation home video game console by Nintendo, the successor to the Wii. On this console, two Shantae games are planned: Shantae and the Pirate's Curse, which was released in August 2014, and Shantae: Half-Genie Hero, planned for 2015. It was mostly developed by Nintendo's Integrated Research and Development Division and first released in the USA and Canada on November 18, 2012.

Discussions about the Wii's successor started as early as 2008, two years after the release of the original Wii, between Nintendo CEO Satoru Iwata and star designer Shigeru Miyamoto. As the first console had been conceived as a system on which everyone in the family would be wanting to play,[1] it had been dismissed as a system aimed at "casual" gamers, while the PlayStation and Xbox systems were categorized as being conceived for "core" gamers. Although Nintendo disagreed with this perception, they acknowledged its existence and worked in a direction to erase it. Focusing on this, they decided to add HD support to the system, the lack of which on the Wii had been criticized by gamers.[2] The search for ideas was reportedly troublesome[1] and the decision to add a small screen to the controller, although touched upon early, was decided far into development.[3]

Rumors about the new system started the same year, with speculations from video game media that it would see the light of day in 2011. The HD support was effectively central to the discussions, alongside an improved storage capacity,[4] to the point that it was dubbed "Wii HD" by some journalists.[5] However, in 2010 Satoru Iwata declared that no immediate need was felt for a Wii successor and that it would be revealed when Nintendo would run out of ideas with the current system.[6] In 2011, the rumors began to flood in, as the system was reportedly being developed under the codename "Project Café". At this point, journalists were mainly discussing the reported presence of a touch screen on the controller.[7] 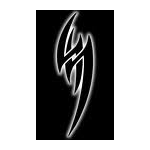 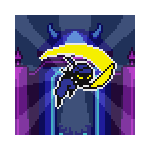